Off the beaten track and not the first destination that pops to mind when planning a surf trip, but Angola offers some of the best and least surfed breaks in Africa. So, think warm water, consistent swell and uncrowded surf – bliss!

We caught up with one of them (Coenie Calitz), hoping to inspire you to go wild and explore surfing in Angola.

How did You Plan Your Surf Trip?

We used a surf operator calledAngola Wavesand they pretty much do everything for you.  Oded Golan and Bizuka Barros run the business. There’s not a lot of info going around about where to surf in Angola and if you can't speak Portuguese you are in for a rough ride.

We took a packaged tour: Sumbe - Cabo Ledo, which is a couple of days in a surf resort in Cabo Ledo followed by five days camping and then another two days in a resort.  They also offer a Namibian trip of 14 days that explores spots further south.

Most of the surf spots were at the end of some really bad dirt roads with a small fishing village overlooking perfect waves peeling off a point.  I would not recommend doing it on your own as you are not going to find any of these spots.

How was the Driving in Angola?

There is a lot of work being done on the roads but expect a pretty rough ride especially if Oded is driving!  There was always one of our tour operators around and they shuttle you to all the best spots depending on the conditions.

If you are doing this on your own, you do need a good 4x4. 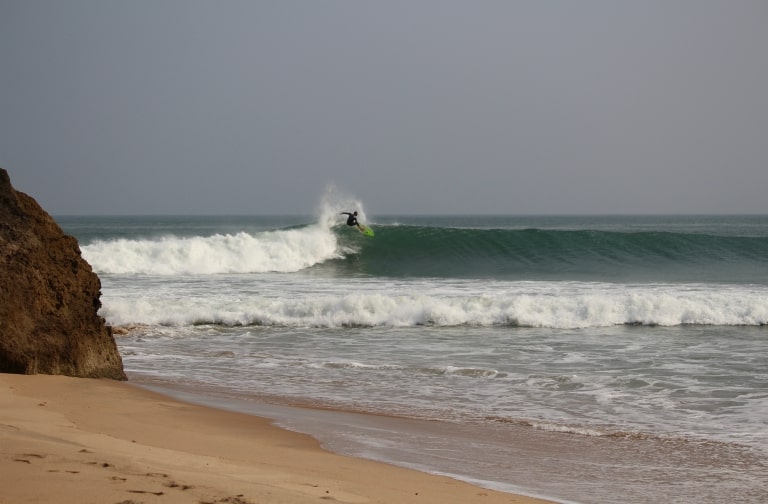 If you want to surf right, you are going to the wrong place.  It is lefts, lefts and more lefts!  Waves in theCabo Ledo area are all sand points and works best on a westerly swell.  Not as heavy as waves you might get in Indo but nevertheless absolutely perfect and never-ending.

Most days the waves were around shoulder height but very consistent.  Best time of the year to go is June to August.

What Type of Boards and Gear should you Pack for Surfing there?

Make sure you take everything with you as there are no surf shops in Angola.

Two boards would be fine. There is a lot of water moving down these sand points so I would suggest boards with a bit more volume.  Before my trip, I had a surfboard shaped byMat with a RYD Traction pad and definitely no regrets!

How Warm is the Water?

If you are going to stay in the north a 2mm shorty or trunks (baggies) with a vest is more than enough. The water was always around 20 degrees.

From what I have heard the south can get a bit cooler, but I still think a 2mm shorty would be fine. 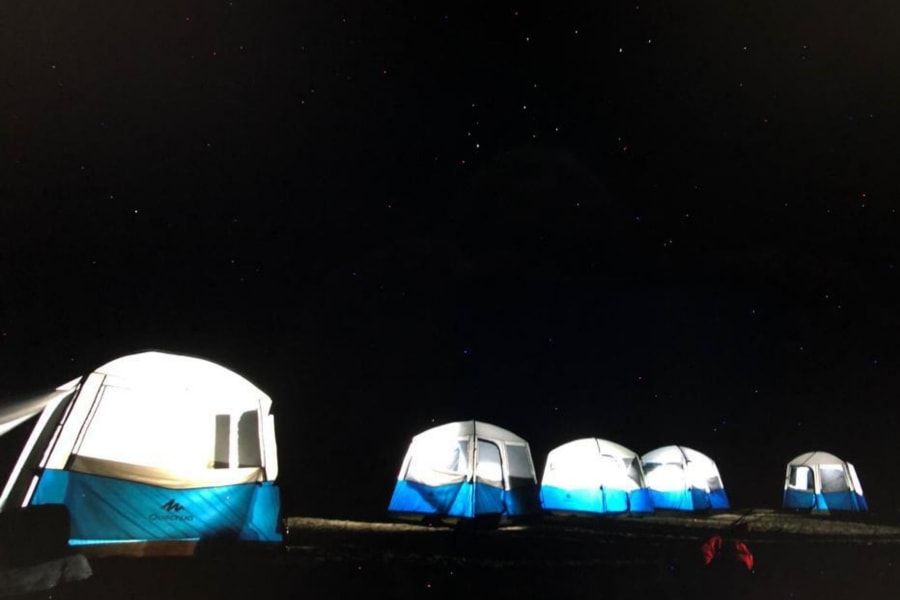 The Best Way to Overnight?

Angola is very remote and options for accommodation are quite limited. In short: use a tour operator to organise your stay. The camping was a spectacular experience.

Funny Stories You weren't Foreseeing on this Trip?

We needed some firewood and spotted a tree trunk lying on the beach about 300m from where we camped.  Even with the locals helping, we couldn’t even move it an inch.

We ended up getting the 4x4's to drag it across the beach, much to the amusement of the local kids. The fire was great – worth the effort!

And the Highlight of the Trip?

I have several highlights but would have to say, there was this one afternoon session at Cabo Ledo of perfect, endless waves peeling off the point with only the four of us out! 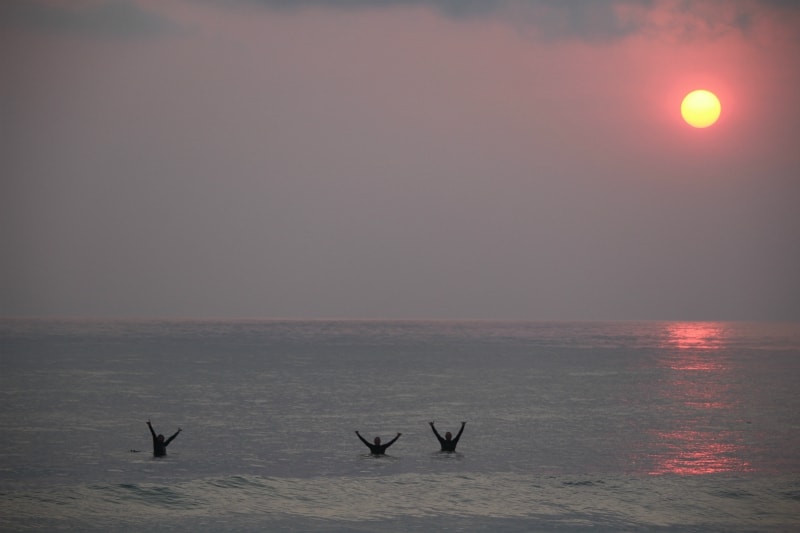 How did the Locals Welcome You?

The people were very friendly, and we were always treated with smiles and laughs wherever we went. Such an undiscovered world with much to offer.

Can You Easily Find Food there or did You have to Pack Some?

Staying in the resort in Cabo includes breakfast and the price of meals are pretty reasonable.  The camping part is fully catered for and you get three unbelievable meals a day.

I would recommend taking lots of snacks with all the surfing as there aren’t a lot of shops around.

Would You Go Back or Recommend it?

Definitely! It is a very exclusive experience and other than one session, we surfed on our own for the whole trip. The waves were amazing, and it is a beautiful country with very friendly people.

The guys at Angola surf are absolute legends and if you decide to go, I would strongly recommend using them.

A surf trip of note: save up, get your buddies on board, buy your gear and book a trip to Angola. RYD is all about exploring.

Make sure you don’t miss out by following us onInstagram andFacebookas well as signing up for ournewsletter.